My mate booked tickets to Khajuraho from Hazrat Nizamuddin Railway Station. We chose the night train so that we can rest after the hectic schedule in our offices but the scene was quite opposite. The smell of alcohol, snoring passengers, cries of a baby whose mother was lost in her sleep made the night quite irritable.

Upon arrival at the station after taking exit we boarded the autorickshaw towards the already booked hotel. The starting patch of the road gave us a roller coaster ride but later the road dotted with trees on both the sides captured our attention. We checked in the hotel and decided to take a brisk walk in search of breakfast. Towards the noon when the sun was shining brightly and the scorching heat was all set to make your feet burn we kick started our exploring expedition.

Explore only Temples, Temples, and Temples

“Oh! God, at 11 am in the morning it was too hot”. Anyways, we moved ahead and our first stoppage was the Western Complex of Khajuraho Temples. Temples here are grouped on the basis of geographical locations- western, eastern and southern. However, the most visited amongst these is the Western Group. We started with Matangeshwara temple– only living temple of Khajuraho where Lord Shiva is worshipped. The temple is home to a wonderful 8ft high yellow limestone Shivalinga. 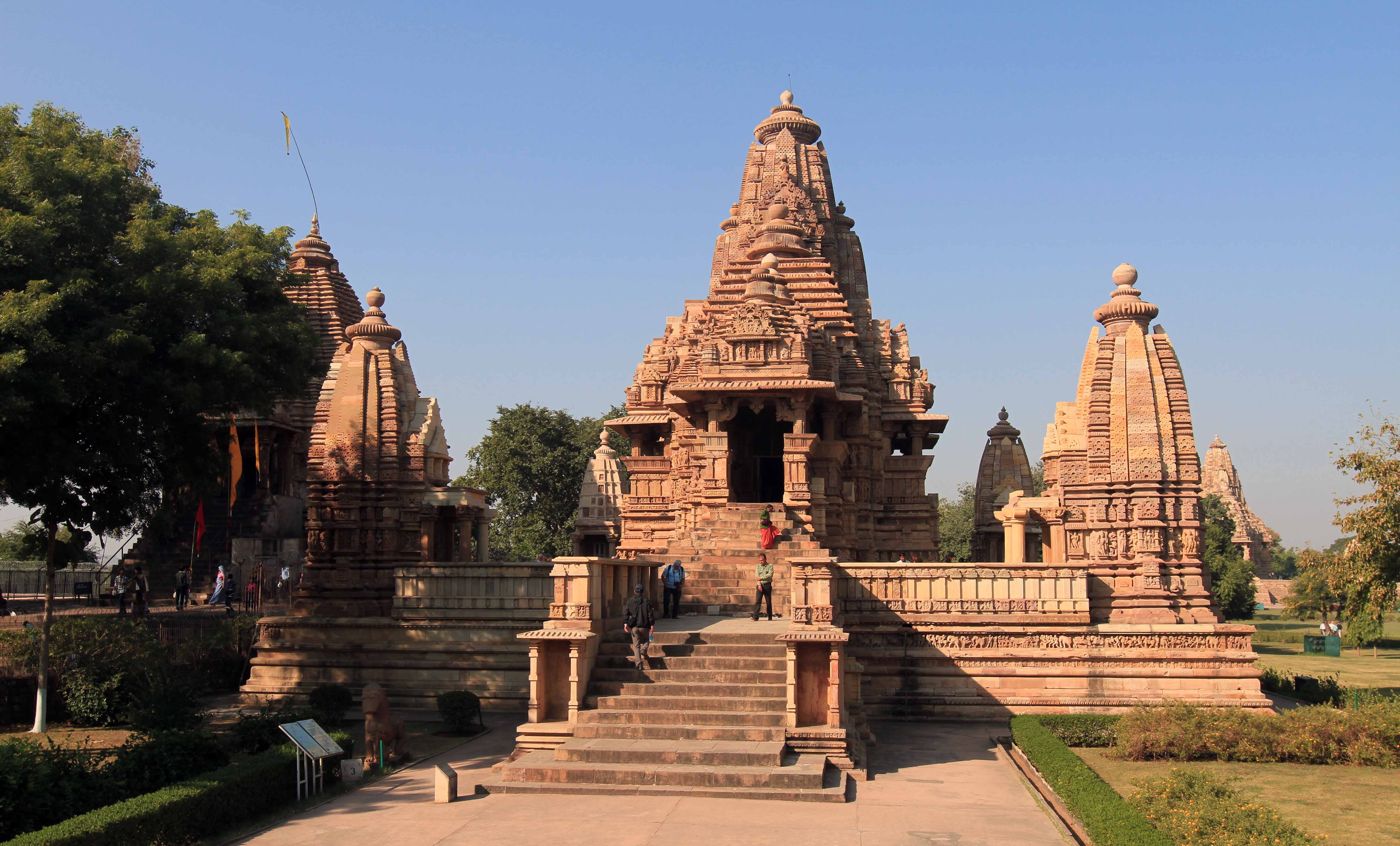 Eastern Group of Temples comprises of The Parshwanath Temple, Lord Mahavira Temple, and Adinath Temple. In the context of today’s India, we were awestruck by the irony of the depictions on the walls. Centuries ago, the temples and people were free to tastefully emboss the biology of our own bodies, even in the presence of the gods they worshipped. Centuries later, our temples veil women and the women are not allowed in the temple complex.

The government of MP every year organizes Khajuraho Festival.  The Khajuraho festival for the year 2016 was held from February 20-26, 2016. The festival is celebrated at a time when the hardness of winter begins to fade and the king of all seasons, spring, takes over. While exploring the fascinating architecture of the temples do not forget to take pictures of.

While we were waiting to board the train back to Delhi while looking at the captured photos, my mind recalled the memories of this visit. It had been a wonderful trip with a lot of good memories.