Since last five years, I had been working with a private tours and travel organization. Sometimes I think back about my life before and I always cherish those golden days. It’s like I had stopped living now. I paid much attention to my work and got addicted. Addicted to this kind of lifestyle. I always wanted to spare some time to explore those most visited tourist destinations for which I made the Itinerary for tourists. For most of us, sitting in an office and doing the same job seemed like a ridiculous thing on earth. What a waste of lifetime!! 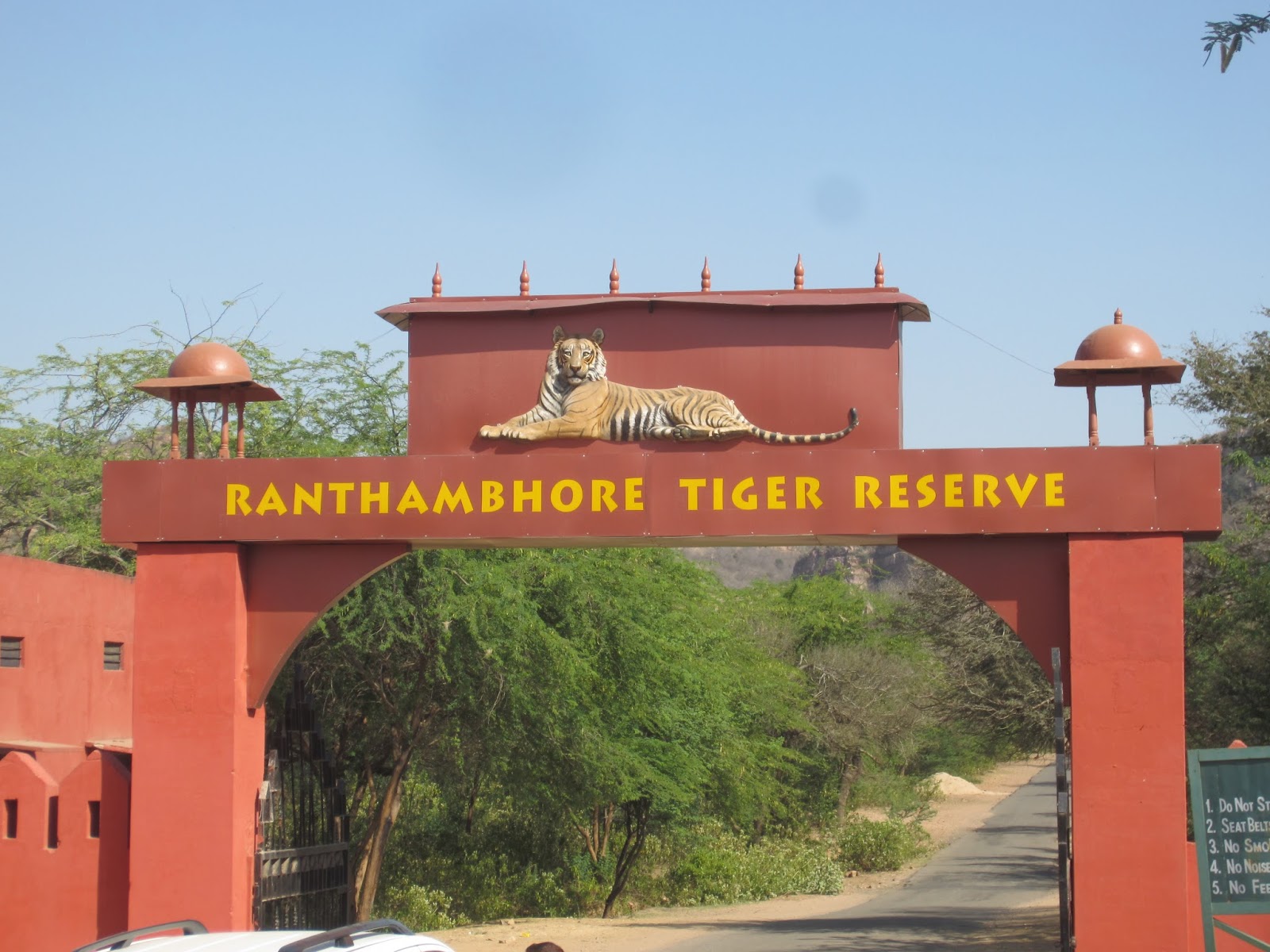 So one fine afternoon while sitting in the cabin I planned a weekend with few of my colleagues in which we have no plans, no responsibilities but just to be in Ranthambore, Rajasthan. We planned because in the recent past in the feedback given by my clients they mentioned about the tiger in Ranthambore, so I too decided to try my luck before the park close down during the monsoon season. Located just at a distance of 10 km’s drive from Sawai Madhopur railway station is Ranthambore National Park. It is based amidst the junction of the Aravalli and Vindhya hill range. As this was my first visit so I was pretty much excited and enthusiastic!!! Whenever I read the feedback it inculcated in me the excitement to connect back with nature which is considered as a boon for wildlife lovers.

Day 1: Upon arrival at one of the smallest railway stations in India which are grabbing major attention not only locally but across the country we met the company representative who escorted us in our transfer to the hotel. We checked in the hotel and relaxed for some time. Towards the noon, we stepped in our comfortable shoes and set out for our First Safari.

The first safari was in a canter. At about 3 pm the canter entered the park gates. We came across deer, langur, monkeys and birds. It has been 45 minutes into the safari when suddenly our guide on board alerted us that there’s a tiger in the surroundings. We opened our sights when from nowhere we could see that the mighty tiger strolling nonchalantly between our canter and the canter behind us. Now you might be thinking that how the guide came to know? This is that the other animals like deer, chinkara, monkeys make the sound when they spot a tiger. Now, the first reaction on spotting the tiger at such close distance that too in the wild is an adrenaline rush followed by mind-numbing awe.

And this particular tiger was walking just a few feet away from us, so powerful yet so full of grace. Trembling off the mind-numbing awe, I took a few photos of the tiger before it disappeared into the forest. What a memorable experience it was!

The remainder of the evening was spent bragging about the tiger-sighting to the peers and other guests at the hotel! Time well-spent without a doubt!

Day 2 dawned and I felt optimistic and enthusiastic about having a good day. The previous day we all had achieved the target for which we came to Ranthambore so today we planned to explore Ranthambore Fort. The most visited places in the Ranthambore park stands magnificently on top of a hill that overlooks the entire park. No doubt the views of the surrounding are spell bounding but the view from the fort itself can only be described as awe-inspiring.

The literal meaning of the strongest Forts of India can best be described by dividing Ranthambore into three parts: Part 1 Ran: battlefield, Part 2 tham: hills and Part 3 bore: the lake. When you will reach the summit of the fort you will surely be going to have the glimpse of all the three. On the far end, you will be able to locate the hills (tham), you will be standing on the porch of the fort/ battlefield (ran) and between the fort and the hills is the dry lake. Here you will also be able to watch the serpent eagles, vultures and other birds at eye level. The fort itself also offers many fascinating architectural and ancient sights worth observing and takes pictures of. Today was the day of exploration and learning.

While we were exiting from the gates, I looked back and promised myself “I will come back soon”!!

Later in the evening, while we were waiting to board the train back to Delhi while looking at the captured photos, my mind recalled the memories of this visit. It had been a wonderful trip with a lot of good memories.

So, what are you waiting for, soon plan an exclusive trip to Ranthambore National Park with GeTS Holidays to make your experience more memorable one!!